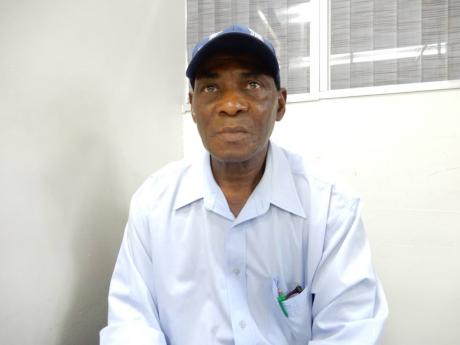 Morris said these doctors destroyed his penis after they misdiagnosed him, and treated him for prostate cancer for more than 19 years.

“Mi penis did big and strong and long, but now it just likkle and softie softie; all when mi a sleep it still soft. Dem mash mi up bad, man, dung to nothing,” he lamented.

Morris said he went to one of the hospitals after he noticed he was urinating more than normal.

“That’s why I go to the doctor. But afta a when dem start feed me on the prostate tablets I find that I peeing like river,” he said.

And over the years, he said he was being sent between the two hospitals, and did several blood tests and ultrasounds, which he said showed that his prostate was normal.

However, he insisted that these results were ignored by his doctors.

“The doctors have been drawing out my blood for about five years straight, they were saying the prostate is very large,” he said.

Morris insisted that up to the time that he started visiting the hospitals, his penis was fully functional.

But two years ago, Morris said he got a new doctor, who finally confirmed what he had suspected all these years.

“I go see a different doctor, and the doctor send me go to blood test, and seh him going to run tests on mi. When him done run the tests, him seh: ‘Mister Morris, yuh nuh have no kind of sickness, and you prostate dem normal’,” he said.

Upon hearing this, he said he tried to get redress in the court. But he said his case is yet to be taken up.

Morris said this whole situation has left him depressed.

“From this happen, I’m out of space. Sometime I sit down and feel stress out. One a di time, doctor tell me seh mi pressure move, cause I just sit in the house with my lady and there’s no sex, for so many years,” he said. “Mi just lay down in the bed, mi and mi lady. Mi feel stress out, cause mi just looking at mi lady and cya do anything.”